Posted on November 19, 2008 by Eric Lefevre-Ardant 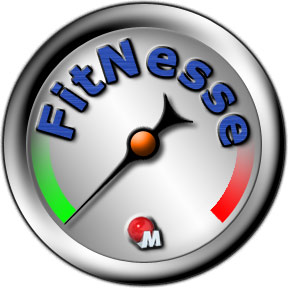 You are probably familiar with Fitnesse, a wiki site that wraps Fit. It is basically an environment that helps attaching tests to specifications. Some call this a Test-Driven Requirements (TDR) tool. It has been originally written by Robert C Martin (aka Uncle Bob), Micah Martin and Michael Feathers.

Well, Uncle Bob is coming back with Slim, an extension of Fitnesse he has been working on since August 2008, as his followers on Twitter know. It has been released in the latest version of Fitnesse a few days ago.

Simply put, Slim (Simple List Invocation Method) is an alternative to Fit, quite simpler to implement and to use, and integrated with Fitnesse.

The big thing with Slim, for us mere users, is that it calls POJOs. No need to inherit from Fit-specific classes anymore! (something that GreenPepper has had for a long time) You will just have to implement some methods with particular names, depending on the type of fixture you use.

The fixtures that are available are familiar ones:

Convinced? Then the next step for you is to look at the tutorial video Bob Martin did yesterday.

Me, I think this is a great enhancement, and one of the biggest news in the TDR Tools world this year. With Bob Martin’s influence, there is no doubt it will pick up steam quickly.

Independent technical consultant.
View all posts by Eric Lefevre-Ardant →
This entry was posted in fit, tdr. Bookmark the permalink.