I was generally impressed by what people seems to have put in place for Continuous Integration. Here is a list, from the top of my head: 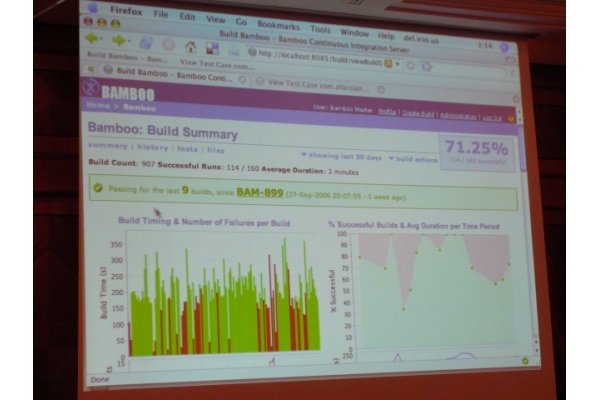 The Bamboo thing sounds nice, but wouldn’t it be even better to store many other data, such as the number of developers over time, the number of commits, etc.? Some data could be obtained by a tool like Bloof, others from the bug tracking system… The grand plan would be to obtain a huge wealth of information, which could then be exploited by a manager, maybe even with the help of a data analyst. And then, some tendencies would be infered by some brilliant Levitt-wannabe! I can’t wait ;-)

2 Responses to CITCON and technical excellence